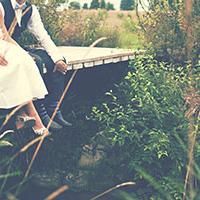 Planning your wedding is one of the most exciting times of your life – trying on dreamy wedding dresses, sampling extravagant wedding cakes and picking out beautiful flowers…there are so many amazing moments. But it can also get pretty stressful. From deciding who makes the guestlist to staying on budget to agreeing on seating plans, there can be lots of tricky decisions and you can guarantee everyone around you will have an opinion…
But the most important thing? To look after your own wellbeing – there is no point in planning the perfect wedding day and then being too burnt out to enjoy it. 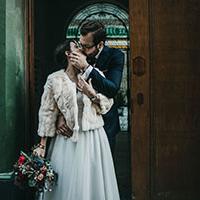 Marrying someone from a different culture
By Charlotte Ricard-Quesada, Founder of La Féte

As long as I can remember, I’ve felt very drawn to Mediterranean and Spanish culture in particular, from my teenage summers there learning the language to my regular visits for Fería in Seville. Over a decade, I built a network of friends in the south of the country, became intertwined with their lives and thus, began dating: a pretty natural evolution, which tied me closer to my quasi-adoptive country. Things continued the same way until I met my now husband. An incredible, imposing and open-minded man who had big dreams and who would move to London within the first 6 months of our first date, set up by mutual friends. 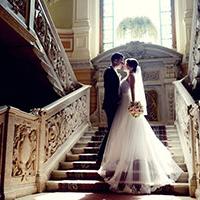 With the average cost of a UK wedding in 2019 rising to £31,734 due to increase in pressure from Instagram[1], award-winning wedding experts at Dine, are telling attendees to leave the ‘Gram firmly at home with the launch of their Wedding Etiquette Guide for the Roaring 20s.

The guide helps couples and guests navigate the seventh most-stressful life event[2] with weddings trumping being fired and even pregnancy - by identifying the five biggest wedding etiquette faux pas to avoid this decade. 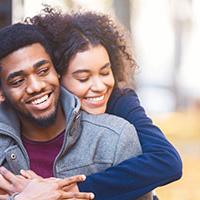 Sharing your life with someone is a big step, but sharing your finances is potentially even bigger. While it’s easy to fall head over heels into a relationship, it’s very important to keep a level head when it comes to joining your finances together. Our research found that 67% of those in a couple now have a joint bank account, and quickly adapt to sharing finances and swapping personal details without a second though.  But if you’re going to do this, it’s crucial to make sure you’re on the same page from the start. 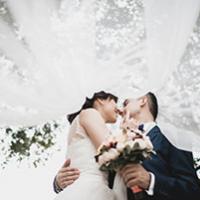 Months of time and stressful planning goes into preparing for a wedding day, but even with strict attention to detail, things can still unfortunately go wrong.

To ensure you receive the right amount of compensation if things don’t go to plan, The University of Law, the UK's longest-established specialist provider of legal education and training has put together a guide to your legal rights on your wedding day.

What should I do if my wedding dress doesn’t fit? 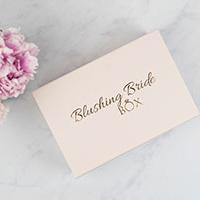 Another year has already begun and everyone in the bridal industry is excited for what the 2020 wedding season has to come.  Weddings are becoming much less traditional with more couples choosing their own personal wedding journey. 2020 wedding trends will include; 3-day events, second wedding dresses, eco-friendly wedding, having pets as members of the bridal party and an increase in American trends like rehearsal dinners. There are so many exciting changes happening in wedding trends this year. 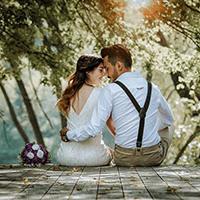 18 years is believed to be the sweet spot for true wedded bliss and 267,961 couples could be celebrating that anniversary this year

A new study commissioned by Beaverbrooks the Jewellers shows that 41% of people across the nation still firmly believe in the concept of marriage.

As part of the survey, 1,000 respondents were asked to pinpoint the year in which they felt people are the happiest in a marriage, with the majority suggesting that 18 years is the sweet spot for true wedded bliss.

Some 267,961 couples got married in England and Wales in 2001, which means a lot of people will be marking their 18th (porcelain) anniversary this year*. 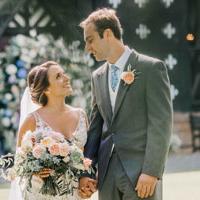 A MOVE towards more sustainable and ethical weddings is helping ensure one historically important property is preserved for future generations.

Grade I-listed Samlesbury Hall, in Lancashire, has long offered a timeless, romantic setting for couples looking to tie the knot.

But ceremonies held at the venue every year are now helping to protect the unique heritage of the eye-catching 700-year-old building - with the income generated contributing to its upkeep in order to keep it safe for years to come.

Samlesbury Hall director Sharon Jones explained more couples are looking to incorporate elements to their wedding that leave a longer-term benefit to the venue or local area. 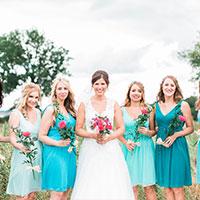 Helen Venables, MD of House of Colour, shares her top wedding style tips; You have chosen your wedding dress and your gorgeous groom is well on his way to sorting his attire, now it is time to turn your attention to the wonderful ladies and gents who are going to be right there by your side celebrating with you and making sure that everything goes perfectly. 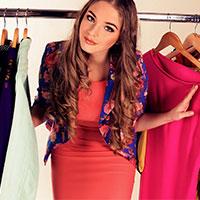 The Pantone Colour Institute announced their colour of 2019 is the gorgeous Living Coral (16-1546) but can we all wear this warm and energising colour? Helen Venables, Managing Director of House of Colour explains how to wear and use Living Coral with style at your wedding:- 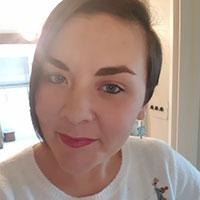 New bride, Aby Dingle is celebrating an impressive weight loss enabling her to enjoy her dream wedding, despite fearing she wouldn’t be able to walk down the aisle. The 29 year old from Farnham, is now inspiring others on their journey to self-confidence as a consultant for The 1:1 Diet by Cambridge Weight Plan.

Aby suffered with degenerative disc disease, which initially left her bedbound, and had many physical and personal setbacks including losing her job. Her confidence was at an all-time low, but she was determined not to let this get in the way of her enjoying what was meant to be the happiest day of her life. As well as improving her health, losing weight was also her main goal, so Aby set off on her weight loss journey. 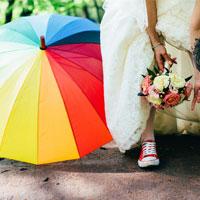 Samantha Richards of pop-up gazebo event specialists Gazeboshop, shares her tips on how couples can ensure their outdoor wedding day lives up to their expectations, no matter the weather.

An outdoor wedding day should always be a day of joy and celebration. The nervous excitement of the parents-in-law, the chance to catch up with old friends and, of course, the joy of declaring your love in front of your nearest and dearest - all of these are reasons to look forward to your big day. And so you should - it’s your day! 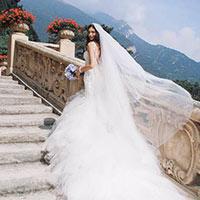 Bridal fantasy, Tropical greenery and Instagram-worthy personalisations are just some of the top wedding trends 2019.

Classic, elegant weddings will never go out of style, but creative couples will set a high bar for the industry and will bring, original and captivating trends, for the rest to draw inspiration from when planning a wedding.

Benedicte Cormier, Trendspotting Director at Nextatlas – an AI-powered platform that predicts trends and cultural shifts before they happen – expands on the top wedding trends 2019 couples should look into ahead of planning their weddings in the next year. 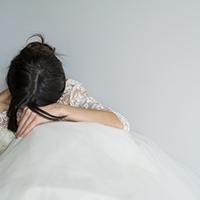 Planning a wedding, although an exciting time can also leave you stressed and anxiety riddled.  Not just the planning but for some, the prospect of being centre of attention for an entire day with everyone looking at you is enough to send a bride into a state of turmoil.  How to handle this emotional roller-coaster can be daunting and top London hypno-therapist Malminder Gill can help brides-to-be with her NEW Bridal Anxiety Programme. With years of experience she is able to guide brides-to-be to a calmer and more stress free place in the line up to their big day. 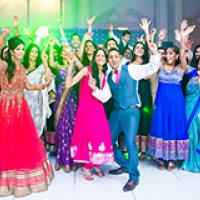 Finding the perfect venue is an essential first step in the planning process and really sets the tone for your day - for Priya & Dip The Grand had it all...

For us it was important to have our wedding in Brighton as it is my home city and where we first met. The stature of The Grand and its location right in the heart of Brighton seafront made it the perfect choice for us.

We were looking for a large, self-catering venue with the wow-factor for our civil ceremony, Indian wedding and wedding reception. The facilities at The Grand ticked all the boxes. 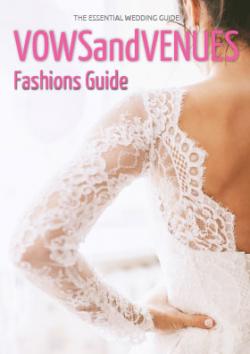 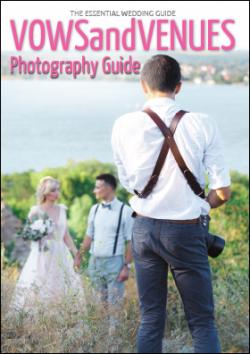 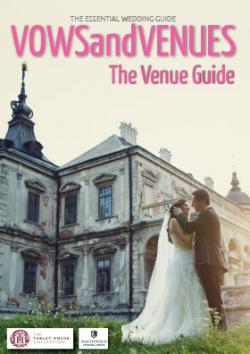 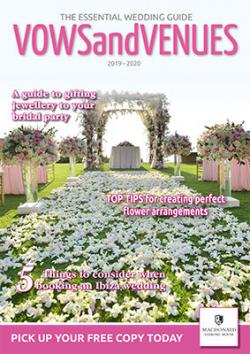